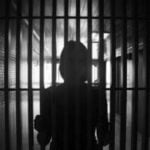 Alia Abdul Nour, was an Emirati woman arrested for allegedly financing ‘terrorism’, the only evidence being she had made charitable donations to Syrian refugees during the country’s civil war.  Calls for compassion when she was diagnosed with breast cancer shortly after her arrest were ignored by the UAE regime.

Nour was sentenced to 10 years in prison at the end of a trial which Human Rights Watch said was “marred with due process violations”.  She was held in al-Wathba prison, where she was subjected to torture and inhumane and degrading treatment by prison staff.  According to testimonies smuggled out of the prison, she was hit, kicked and tied up on multiple occasions.  She was denied urgent medical care to treat the cancer.  Her family were either denied access to her or given very limited visits; family members have said she was forced to sign a document stating she had refused chemotherapy.  As her health failed, countless calls were made by international human rights bodies for the UAE authorities to release her on medical grounds, as is permitted under Emirati law – yet the calls were ignored.

Alia Abdul Nour died on 4 May 2019, aged 42, chained to a hospital bed under armed guard.  Human Rights Watch said she had been mistreated for three years.  The UAE had named 2019 its ‘Year of Tolerance’.

Ali died from cancer in 2019 after been denied urgent lifesaving treatment by Emirati authorities.
https://www.ohchr.org/EN/NewsEvents/Pages/DisplayNews.aspx?NewsID=24214&LangID=E

Support NGOs campaign for justice, with their ongoing initiatives.

https://www.middleeasteye.net/news/shes-white-british-and-jailed-helping-syrians-film-transposes-uae-injustice-uk
We use cookies on our website to give you the most relevant experience by remembering your preferences and repeat visits. By clicking “Accept All”, you consent to the use of ALL the cookies. However, you may visit "Cookie Settings" to provide a controlled consent.
Cookie SettingsAccept All
Manage consent