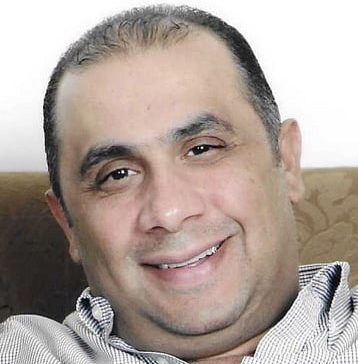 Forgery of an informal document and other related matters – Denied

Detained International founded the #FreeUSAZack campaign to campaign for the release of Zack in the media & political forum.  And to pursue all legal avenues in the UAE, US and internationally.

American businessman Zack Shahin, a former PepsiCo executive and father of two children, is serving a 53-year sentence in a Dubai jail based on false accusations of financial crimes made against him by the rulers of Dubai.

From Houston, Texas, Zack is believed to be the longest-serving American overseas white-collar prisoner in the world.  To date, he has endured 14 years of false imprisonment.  In addition, Zack has been subjected to repeated grave abuses of his human rights, including torture, inhumane and degrading treatment, arbitrary detention, enforced disappearance, denial of medical treatment and unfair trials, as well as illegal extradition.

Zack was enforced disappeared from 23rd March 2008 to 10th April 2008 by Dubai State Security.  He was then held in arbitrary detention from 10th March 2008 to April 2011, when he was charged with embezzlement.

Zack was subjected to trials and judicial process by a judiciary not independent of the executive and under the control of the Dubai Ruler.  In addition to lack of independence, the whole trial process was unfair and a clear breach of the fair trial’s protections in the Universal Deceleration.  The trial process even breached Dubai’s own limited rules. It is widely accepted by various bodies, including the US Department of State, Freedom House, Amnesty International and Human Rights Watch, that the UAE judiciary is not independent of the country’s rulers.  The reports also evidence that unfair trials and human rights abuses are commonplace.

In 2012, after four years of incarceration, while subjected to torture, inhumane and degrading treatment and denial of medical care, Zack commenced a 50-day hunger strike.  The hunger strike generated international media coverage, and political pressure followed.  This included intervention by the U.S. Department of State under Hillary Clinton, then US Secretary of State.  As a direct result, Zack was released on bail.

On his release on bail, Zack moved to a hotel in Dubai, where he was put under surveillance by Dubai Police.  Thirty-six hours after his release, Zack was physically assaulted by those working for the Dubai State and was subjected to threats of death and further violence.  Fearing for his life and that of his family and knowing he would never receive a fair trial, Zack left the UAE and entered Yemen, from where he intended to return home to the US.  However, on 15th July 2012, Yemeni authorities arrested him and held him in jail in Yemen at a facility in Sana’a from July to 1st September 2012.

In August 2012, the U.S. State Department issued Zack a passport, and he was preparing to leave for his home in Houston. However, on 1st September 2012, when Zack arrived at the airport, he was abducted by armed Dubai police and taken against his will onto an Emirates plane and flown to Dubai. There had been no Interpol or other extradition request made or due process followed.

Following his kidnap by the Dubai authorities upon landing in Dubai on 1st September 2012, Mr Shahin was taken to Bur Dubai Police custody cells.  Zack was eventually sentenced by Dubai courts in 2016 to 25 years for forgery in addition to fines totaling over $30 million.

Zack is one of many victims of injustice in the UAE.  In this country, the lack of judicial independence and use of human rights abuses sees powerful locals and the rulers of Dubai and Abu Dhabi influence the judicial process to their benefit. As a result, it is commonplace for ex-pat businessmen to be made scapegoats for the wrongdoings of Emiratis. Like many other international businessmen, Zack has fallen victim to the vicious power politics of the region between competing local families and Sheikhs.  Zack was made a scapegoat following a corruption investigation that saw his then-boss, the former Emirati Minister of Finance Dr Kharbash, investigated for corruption by Mohammed Al Shaibani.  Al Shaibani is the right-hand of the Dubai ruler Sheikh a Mohammed bin Rashid Al Maktoum.

In addition to the grave abuses of Zack’s human rights, which continue to this day, the criminal judgments against him are unsafe and should be overturned. There were many serious errors by the Dubai prosecution and Dubai judiciary in Zack’s case.  Some of these are below:

Zack was the CEO of a public company, and he did not work for the government. Dubai law prescribes longer sentences and larger fines for government workers. Zack was tried as a government employee, a position and title that he has never held, empowering the judiciary to pass long custodial sentences against Zack.

The period of 2008—2016 when Zack was held on remand in Dubai jail (awaiting trial) has not been deducted from his final sentence, which is the practice in Dubai and globally under human rights laws. The Dubai judiciary has provided no adequate justification for this.

The big four global accountancy firms have audited Zack’s former employer Deyaar for the years Zack was CEO and all subsequent years to date.  No financial losses or any evidence of alleged financial crimes were ever found by the independent auditors attributed to Mr Shahin.

There are many ways you can help Zack Shahin and his family fight for justice and Zack’s freedom.  A few are listed below.  You can also email us at freeusazack@detained.org.uk, and we can tell you how you can more specifically help.  Please contact us, especially if you are a US citizen.

Texas Courts refuse to hear UAE unsubstantiated claims in the absence of Zack Shahin and his defence team
https://caselaw.findlaw.com/tx-court-of-appeals/1601948.html

Forbes Investigate, where are the Emirati bosses?