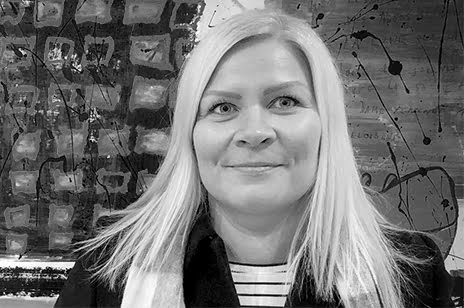 Tiina Jauhiainen is the campaigns director at Detained International. She is responsible for campaign strategy and implementation for the group and our individual campaigns.

Tiina Jauhiainen, the Campaigns Director at Detained International.  Tiina is responsible for overall campaign strategy and implementation for both group and individual campaigns.

Tiina is a Human Rights activist from Finland, she is fluent in Finnish, German and English.  Tiina lived in Dubai and the Gulf region for over 17 years.  In 2010, while working in Dubai, she befriended Latifa Al Maktoum, a daughter of His Excellency, His Highness Sheikh Mohammed bin Rashid Al Maktoum, Vice President and Prime Minister of UAE, and Ruler of Dubai.  Latifa asked Tiina to help her escape from Dubai, and after careful planning the two left Dubai in February 2018, only to be captured eight days later when crack Emirati and Indian troops stormed the private yacht the two women were aboard off the coast of Goa.  Following international efforts by David Haigh and others Tiina was released, unfortunately Latifa was held and remains incarcerated against her will to this day in the royal palace.

Since the incident Tiina has devoted her life to get Latifa free and is fighting other of injustices in the Gulf region.  She has given evidence to the United Nations Working Group on Enforced or Involuntary Disappearances in Sarajevo and Geneva. Tiina is a regular guest on media across the world, where she speaks on injustice in the Gulf.  Tiina is particularly concerned and focused on women’s rights and the male guardianship system.

Since then, Tiina has devoted her life to helping get Latifa free and fighting other forms of injustice in the Gulf region. She has given evidence to the United Nations Working Group on Enforced or Involuntary Disappearances in Sarajevo and Geneva. Tiina is a regular guest on media across the world where she speaks on injustices in the Gulf, especially women’s rights and the male guardianship system.

We use cookies on our website to give you the most relevant experience by remembering your preferences and repeat visits. By clicking “Accept All”, you consent to the use of ALL the cookies. However, you may visit "Cookie Settings" to provide a controlled consent.
Cookie SettingsAccept All
Manage consent